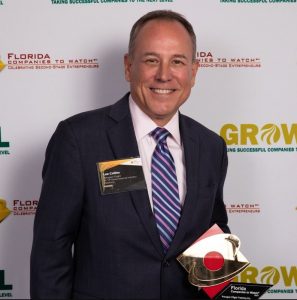 Captain Lee Collins, Senior Vice President of Industry and Government Affairs with Paragon Flight in Ft. Myers, Florida, is a highly respected airline and aviation industry leader whose career has spanned more than 35 years and includes both domestic and international commercial airline service. Throughout his career, Captain Collins has held numerous leadership roles at the industry level, including President of the Coalition of Airline Pilots Associations (CAPA) – the United States’ only airline pilot trade association.

During his tenure at CAPA, Captain Collins helped author significant legislative improvements in airline safety and training requirements for airline pilots, along with other industry changing efforts to enhance aviation system safety. He brings a substantial resume of leadership in both airline and aviation government and legislative affairs. He is widely recognized for his expertise in organizational design and development, strategic visioning, airline safety and flight operations, as well as expertise in federal legislative and regulatory policy. Captain Collins has served in numerous philanthropic/not-for-profit roles and is a founding member of the IPA (Independent Pilots Association) Foundation (1994), which focuses on making a difference in the lives of children with exceptional medical requirements.

Captain Collins holds a Bachelor of Arts in Political Science and History from the University of Kentucky, Lexington, Kentucky. He also holds a Master of Divinity degree from Louisville Presbyterian Theological Seminary in Louisville, Kentucky.